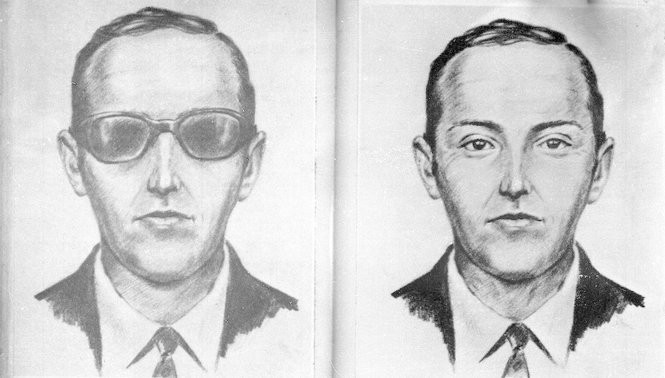 There's a serious historical precedent here for people who go against the government and become outlaws. Robin Hood has had many a legend and laughable movie made in his name. Hell, Jayne Cobb even gets his own song! Thank heavens for Charlie and his phobia of conflict, as he breaks up the argument before I crawl through the screen and squash Bloom like the annoying bug he is.

Since no one saw Cooper jump, there was plenty of terrain only minutes later what would've been far less likely to result with a man impaled on a tree. Since everything and everyone has to revolve around Bloom, he snarks about Alan's hero surviving and stomps out. Till's: Nikki and David get the job of interviewing the armoured car driver, which gives David another chance to shine at exposition.

DB was actually a mistake in a newspaper that just got repeated. The thief actually called himself Dan Cooper, which also happened to be the name of a French comic book hero. Well, if there's one thing David should know, it's the comic world. As much as this pains me to say, my BFFedcake is equivocating. After extensive research 20 minutes Googling , David's not telling us the whole story. Sure Dan Cooper may have been published in France, and was written by a Belgian, but the character is actually French-Canadian.

Thus, by David's simplifying of the story, and by the logic Bloom applies in this eppesode about how everything must relate back to him, no matter how tenuous the connection, I can only come up with one horrifying conclusion. This was clearly an insult against me. Yes, I am Canadian, with the accent to prove it , and that the part of the story David left out. Sure, he also left out the part about the Belgian author, but, by Bloom's Victimology, the other details do not matter. Therefore, by leaving out that small, almost irrelevant detail, and Bloom's twisted logic, I'm allowed to be miffed throughout the rest of this eppesode.

Oh wait, other important things are happening -- like Wesley Till getting all corpsified on the floor, David finding where the Cooper money was hidden, and someone pointing a gun at David's head. Fortunately, Nikki has excellent timing, and the gun-wielding man, who claims he's Ray Till, the dead driver's uncle. I don't believe him. I think he's a Cylon.


My theory is proven valid by the events of this eppesode. Nikki and David have the yucky job of informing Till a phrase which here means, showing Till the bloody corpse of his nephew about the death of poor Wesley. IHOF: Till muses about how amazingly awesomesauce his nephew was. Wesley didn't care about money, didn't own a television, healed the sick, walked on water, and always ate the red smarties last. He was that kind of man. As for Till, He's surprised to have outlived his nephew, because he's got cancer.

Finally, because we need to know everything about this seemingly unimportant cylon man, he was a soldier in Vietnam. We know this because of a tattoo -- a reminder of one drunken night with his unit. Out in the bullpen, David theorizes that Wesley was taking in the DB Cooper money, bit by bit, and exchanging it for the money that was supposed to be destroy. You see, his boss said they only counted his personal cash -- they didn't check the serial numbers. It was the only way to still make money off of cash that everyone and their uncle, the cylon has been looking for.

While this could work, it dosn't explain why there's still over thousand missing. We have plenty of time to ignore that little detail, because Nikki might have something even bigger: Uncle Ray, the former paratrooper, is a good candidate for DB Cooper. It's the most rational explanation we've had thus far about how the hijacker could've survived the jump. It's hard to kill a cylon. Nikki bets Rosencrantz and Guildenstern two burritos from the vending machine, that her theory is correct.

You know, if I made that bet, I'd lose on purpose to avoid some nasty food poisoning. In the midst of this investigation, Amita arrives, ready to go through some potential date-suit options with David. I think she missed the subtext from earlier which was if she picks it out, he will wear it.


Cal Sci: Charlie's having difficulty believing that Cooper survived, or would even try the whole stunt, considering the likelihood he would get all deadified. We get a Charlie-vision comparing Cooper a mouse who practically tap dances in front of an owl saying "eat me" because the risk wasn't worth the reward. That is, as Don points out, unless Cooper just liked risky things. Or, of course, is a cylon. For some reason the talk of adrenaline junkies is used as a segue for Charlie to relate the asshatishness of Bloom in regards to Alan.

Now, personally, I don't think one needs a segue to relate when someone is that big of an asshole towards one's father, but the awkwardness of this lead in was nothing in comparison to the shock I felt about what happened next. Don sided with Bloom. All right, so since Alan wasn't talking about Bloom being a baby-killer, nor was he degrading any soldier's sacrifice during the war, and only talked about the government, Bloom still gets to go off on an unprovoked tangent?

Don, you're clearly being used to try and show both sides of the argument, and it would be valid, if that had been the original topic of the discussion. Nope, instead, Bloom made it what Bloom always makes things about, whatever the hell it is he wants and screw the logic, thus voiding any wrong doing on Alan's part.

While I could rant about Bloom and his dumb-assery for the better part of a season 7, let me just sum up by saying that men like this should not be allowed to carry guns, ever. Also, the corpse that was found in the tree, shortly after the initial hijacking, was a member of Till senior's unit -- a unit accused of war crimes against a small, defenseless village.

Most important, it looks like Nikki's going to win the bet. She could totally turn it around on the boys by making them eat it, which would be far more dangerous than other eating games I've seen on other shows I love -- like "Mystery Crisper," for instance. Public Library: Rosencrantz and Guildenstern commit the epic fail of stealthy surveillance.

David's surprised that anyone in the era of the wireless series of tubes, would ever use microfilm. Of course, he also thinks the mountains where Till has been living have internet service.

Now, that is what Colby said. That is not what some parts of the fandom heard. I believe it was more, "I'm going to take you camping, if only for the plot bunnies. Believe me, not awarding it Bloom, hurts. So, what does Colby do to cause me a great deal of mental pain? When asking the librarian who thinks very highly of Till for all the microfilms of old papers the suspect was looking at, the librarian innocently asks, "Do you have a library card?


Colby's you've been there for how long and you don't have a library card? You do realize that there is a serious correlation between hotness and reading for most women right? Colby Granger, you've just become a great disappointment. I'll stop now before I start asking questions about what kind of role model he is now. Flower Shop: On the way in, Bloom advises Nikki to be all deferential and polite, as it's rude to insult a shop owner in their own shop, in Vietnamese culture.

Funny, I thought that was a universal standard. That lasts for naught point two seconds, as Bloom digs into the owner, Tina, about receiving money from persons unknown. She snarks back that she had checked everything out, and even had a letter from the bank to avoid IRS issues.

Hallowed Be Thy Name

She gives the letter to Nikki, because Bloom is an ass. It took me a moment, to realize where I recognized the actress from, and she's one of those actresses that's been in so much, it's hard to pinpoint. Well, hard for most people, for me, I'm going to refer to her as the character that not only introduced the actress to me, but also has a very interesting connection to my BFFedcake.

That character: Brin , from Dark Angel.

Best of the Worst: Bigfoot vs D.B. Cooper, Black Cougar, and Raw Force

Outisde, Nikki is impressed at Brin's ability to stonewall, and unimpressed at Bloom's ability to behave like a well-mannered human being. He tries to make up for it by suggesting they go get some delicious Vietnamese food. I wish Edgerton would suddenly show up. Unfortunately, that's not the start of a joke unless killing someone in said bar tickles your sense of humour.

No one seems too torn up about that, but the Fedcakes are curious as to how Till solved the case before they did. Again, cylon. Till's claiming the killer shot first, but again, no one really cares, particularly Bloom, as all he wants to talk about is the war. Till was the one who reported his unit for the massacre, and the results of which ruined his career.

Funny, for all the vitriol Bloom spit at Alan earlier, Bloom doesn't do much for making the majority of the people in Vietnam sound heroic. He's far more derisive than Alan could ever have been. That's just Bloom though, change opinions mid-stream, to be able to sound more self-righteous. Finally, someone who doesn't give a crap about Bloom's bullshit, Till will have none of it.

They can either hold him or let him go, and the Fedcakes really don't have that much, since the bartender backs up the story that killer shot first. The problem is, that everyone wants to solve a classic case like this, so Bloom has an idea. Let Till go. Whatever, I like Till better anyway. With the Fedcakes dispersing, Don tries to have a talk with Bloom about the earlier argument with Alan. Everybody else is doing whatever the hell they want like stealing 10 million. It might seem like ancient history to some people, to me, yesterday unless I'm in interview with a suspect.

Instead, we get the story of when Don was 15 and made fun of someone in the neighbourhood, Alan got all appropriately parental, and taught Don not to disrespect others. Now, if only Alan could do that for Bloom. The next morning, Amita is showing David her fashion choices, all of which happen to be in the boot of her car. Since Beatles' classic isn't exactly David's style, he's wondering more about a pinstripe, or tweed. 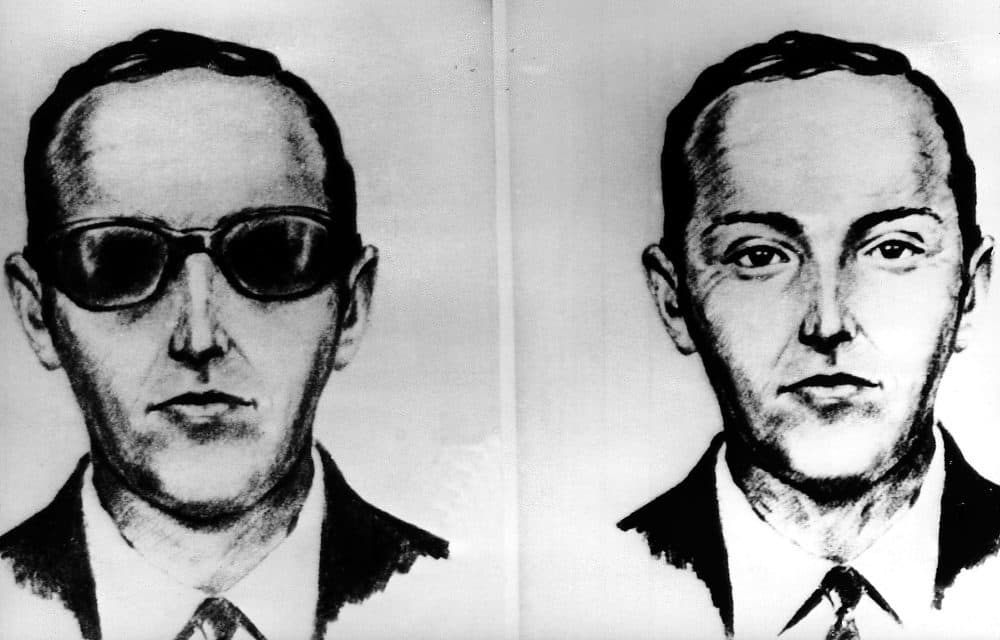 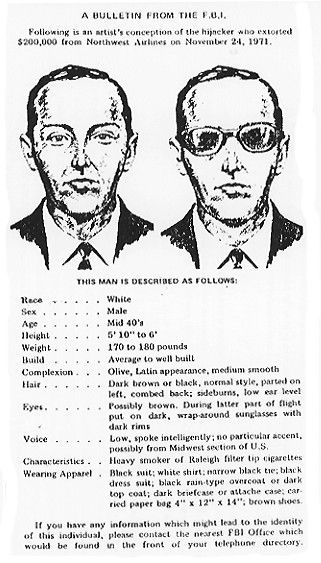 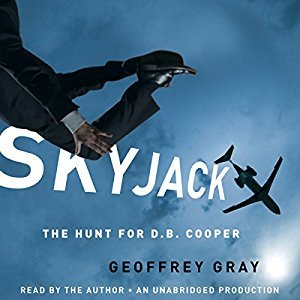 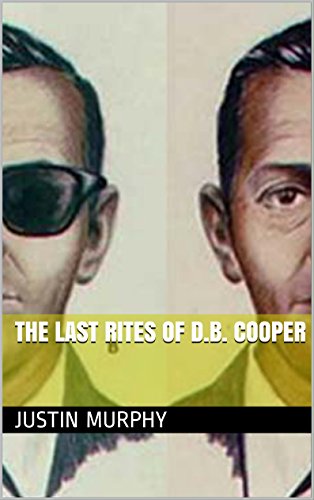